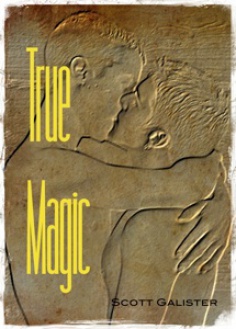 This is a set of three stories that take place on Earth in the now; two of which contain elements of fantasy.

The middle one could easily be true, as in it really could have happened... Let's just say that it was narrated to me a while back and I had to write it down so that it wouldn't be lost to time.

These seventeen-year old boys had no idea

the depth of magic they would encounter.

Flashlight - There was no way Kevin Nygaard could have known that the innocuous app he downloaded to his phone would transform his life. (To be clear, this story was written well before the iPhone had a built in flashlight app.)

Oceans of Troy - Card tricks and illusions were enough for Justin Regal until Troy Issca came back from the Navy and showed him true magic.

Whispers - Ben Vickerts acquires a mysterious power that very nearly overwhelms him before it delivers his heart’s desire.