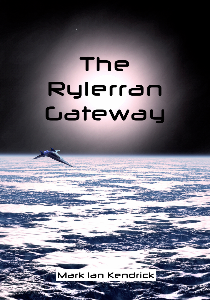 This is an epic space opera.  Its sweeping storyline covers hundreds of light years and two dimensions.  One of my fave genres is military scifi, like Stargate SG-1.  So, I wrote this story with that in mind...

The Consortium established the first of fourteen Inhabs nearly half a millennium ago. Now Andakar has attained a unique status. Its wealth is catching up with Earth's and they want equal partnership. A growing independence movement teeters on a knife-edge and will bring terrible hardship if it's not carefully executed.

Rylerra, Andakar's sister planet, is also unique. After crash landing in one of its isolated glacial valleys, Lieutenant Commander Darreth James-Po and his boyfriend Dr. Naylon Ress take refuge in a cavern. Within it is a mysterious inter-dimensional gateway. Crossing it, they find themselves in an alternate universe where the Consortium never rose to power. Without warning, they're confronted by a ruthless Terran military and are caught up in their war with an alien species.

Darreth and Naylon must find a way back to our universe or they'll be lost forever. Andakar's bold gamble of independence is questionable at best. On both sides of the gateway the powers that be will make sure no one gets what they want without a fight.

Available in paperback and ebook formats.

This novel contains a glossary, just like in Dune.  Yes, I did in fact just reference that epic novel.  Deal with it.  But the ebook format won't let you add graphics very easily and the print format doesn't scale these graphics well at all, so they're here instead.  In the preface I mention these three following images, which can be printed out for reference, if desired. 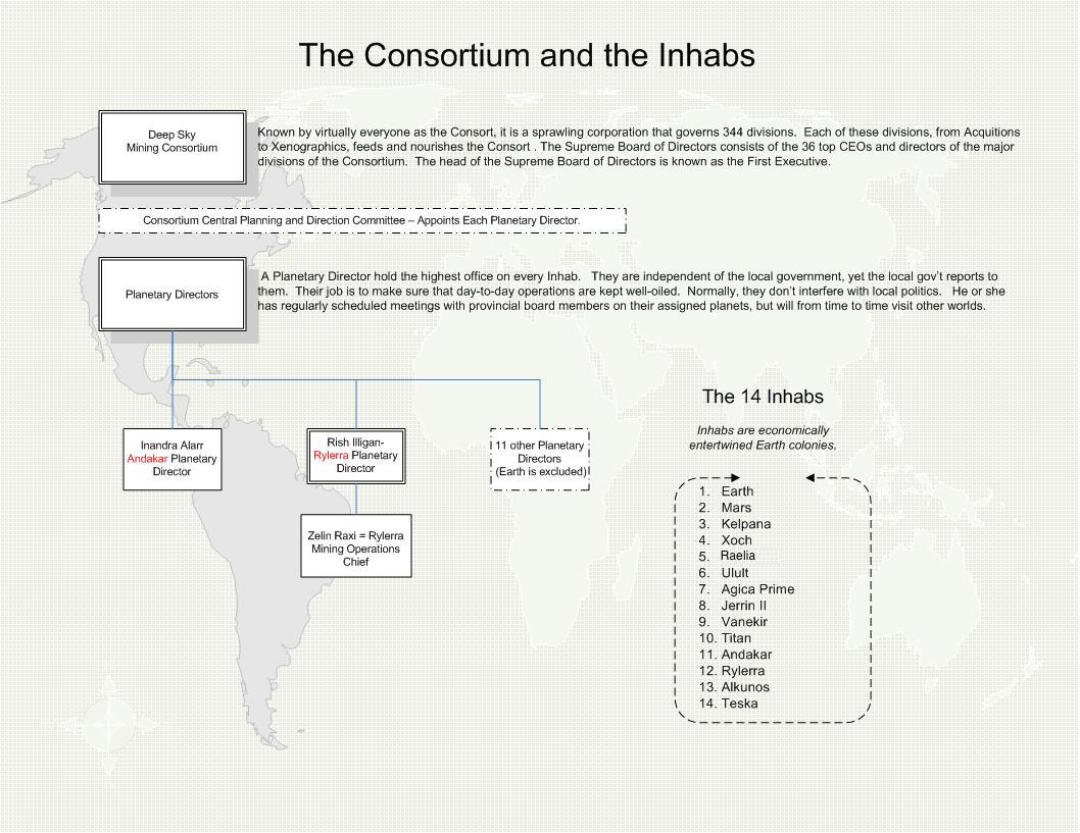 The Consortium originated on Earth and controls all of known space. 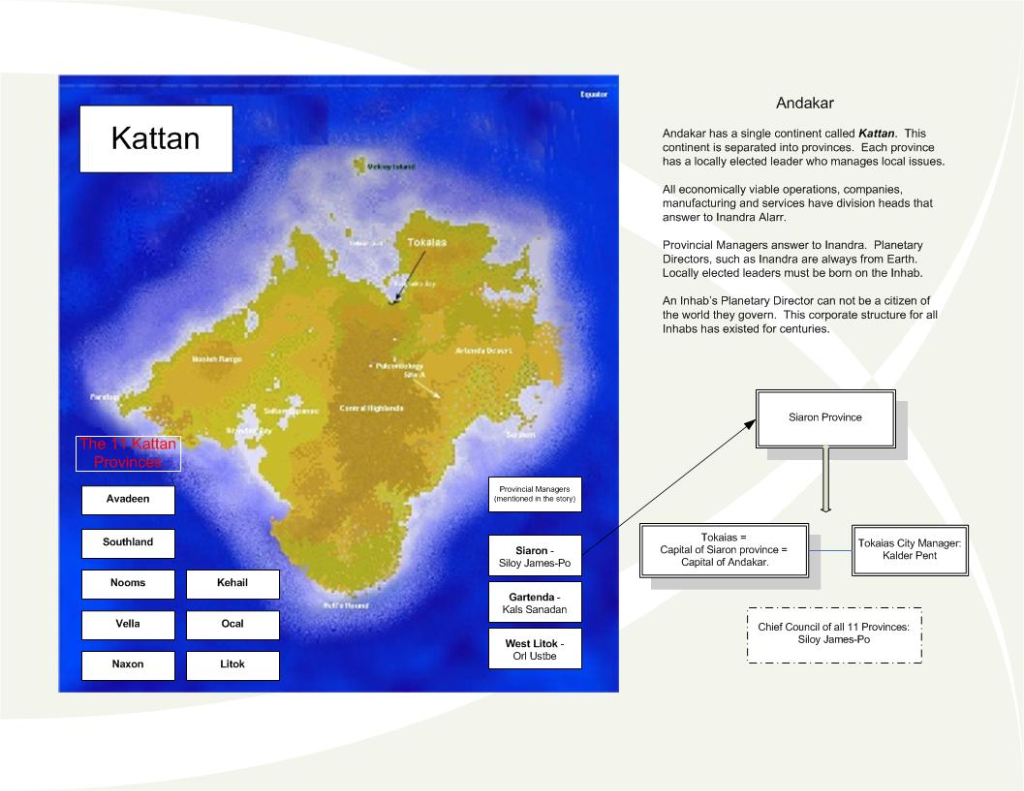 Andakar is the only inhabitable planet that orbits Eratil. This graphic illustrates the single continent of Kattan and its provinces. 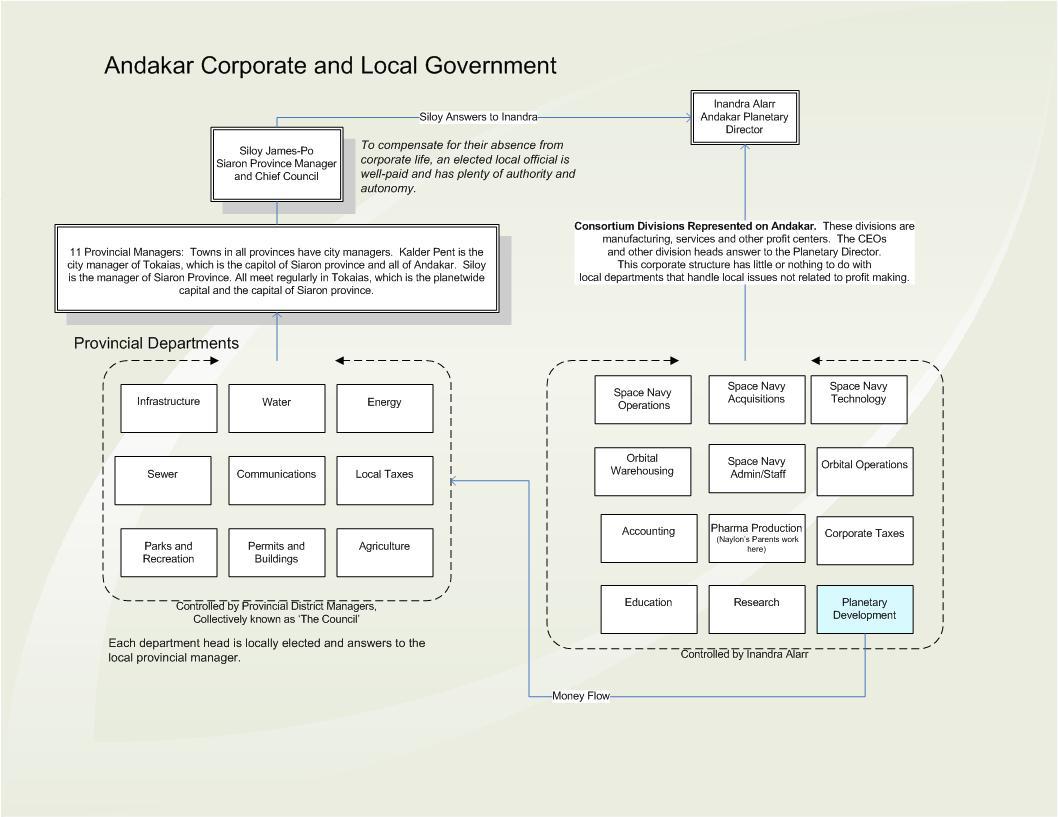 The main characters are from Andakar. This is how it's governed.